Here at Modus, we’re looking forward to kicking off the new year with a brilliant selection of music and books. Here's a selection of some of the things we have in store: 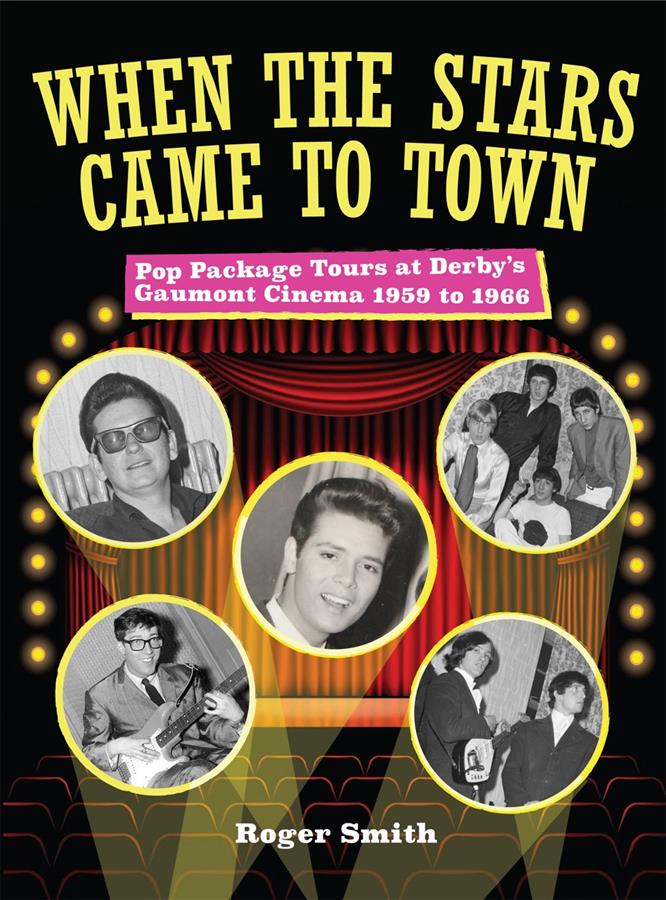 When the Stars Came to Town is packed full of fantastic photographs, recollections and memorabilia which chronicles more than 40 shows that visited Derby’s largest cinema during this period.

Roger said:
“Switched-on entertainment entrepreneurs recognised this and introduced the ‘Pop Package Tours’ of one-night stands which visited cinemas and theatres across Britain. These shows presented as many as a dozen international pop stars, along with up-and-coming British artists, usually lower down on the bill. 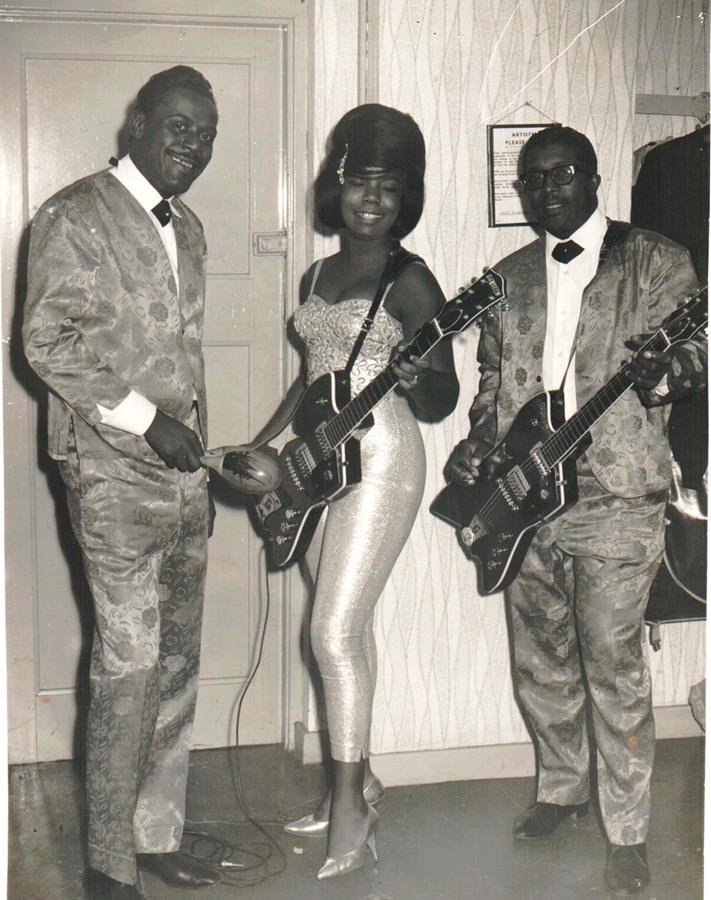 192 pages, written by Keith, designed by Stuart Russell and lavishly illustrated with dozens of previously unpublished photographs from the Clive Stone Archive, as well as a plethora of ephemera from the era. This must have book will be available from this website and we will be previewing it here at MODUS Central with an exhibition of the original photos,  a book signing by Keith and also celebrating with a dance at our usual venue; the Old Kings Head Belper. 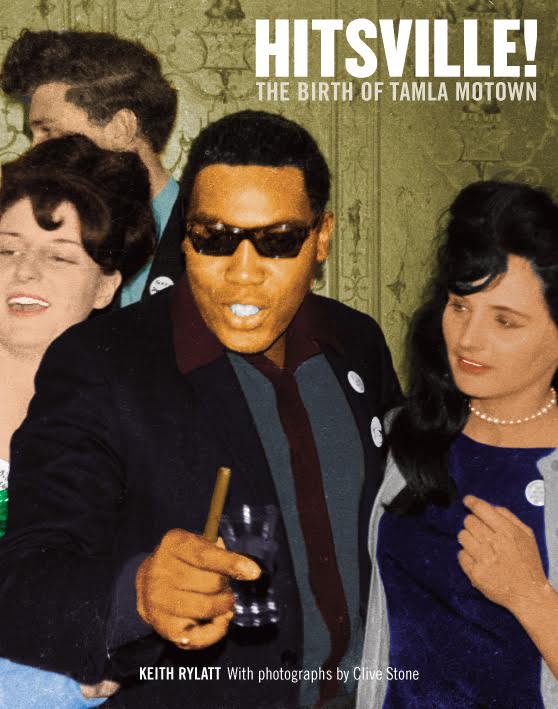 Back in the early sixties the sound of Motown was hardly known in the USA let alone Great Britain where there were only a hand  full of disjointed record releases until two enthusiasts, Dave Godin and Clive Stone decided to champion the sound of the Motor City. From his suburban bedroom Godin began the Tamla Motown Appreciation Society and he and Clive embarked upon a breathless journey Bringing the Detroit artistes and their music to Britain’s
teenagers. 1964 saw several of these fabulous acts visiting Britain; the Supremes, Marvin Gaye, Kim Weston, Martha & the Vandellas, the Miracles…..which culminated in the company being granted it’s own label, Tamla Motown and the famous Motown Revue touring the UK the following year.

This astonishing book tells the fascinating story of the birth of Tamla Motown in Britain, from Stevie Wonder’s fleeting visit in 1963 and culminating in the appearance of the Four Tops in London in late ’66 a sell-out show that is credited as being the point when the Motown Sound entered Britain’s pop mainstream. 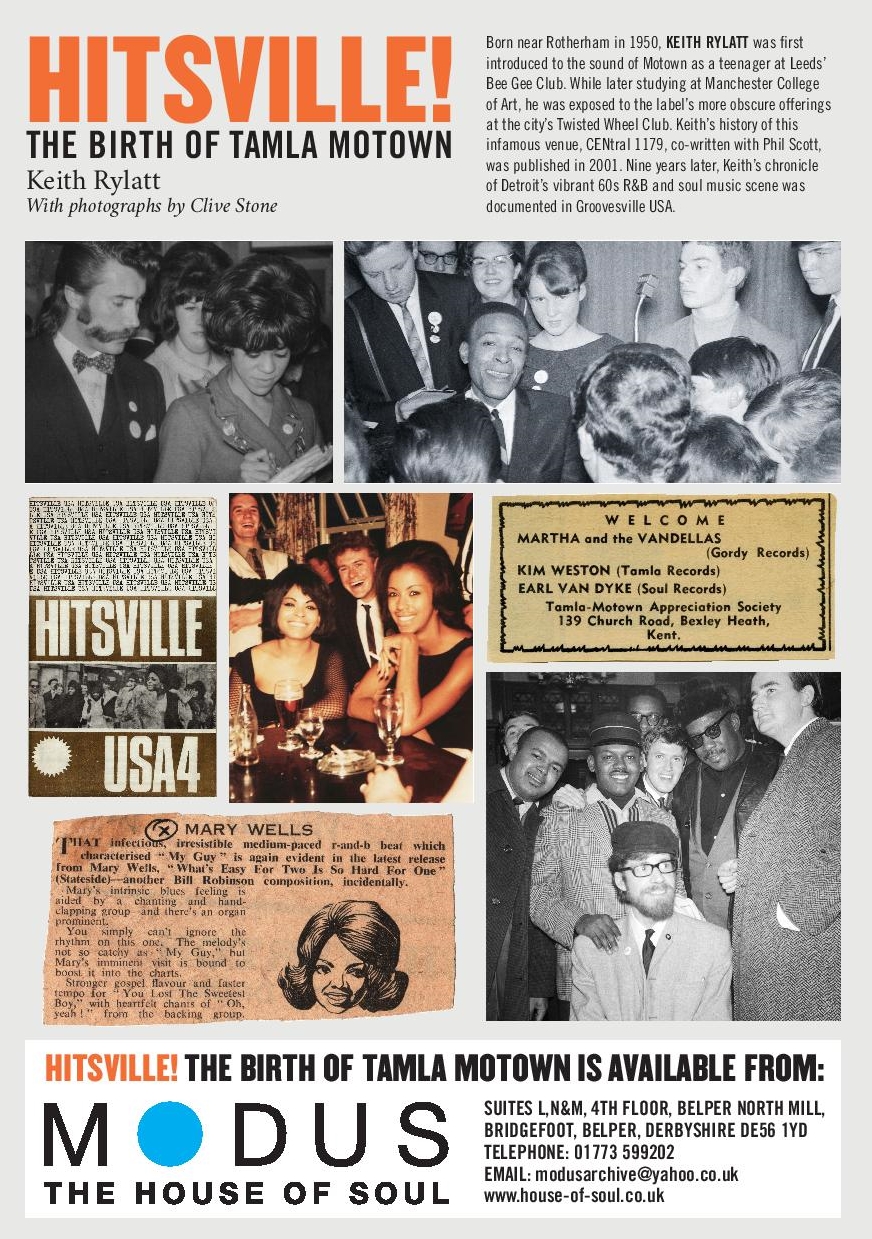